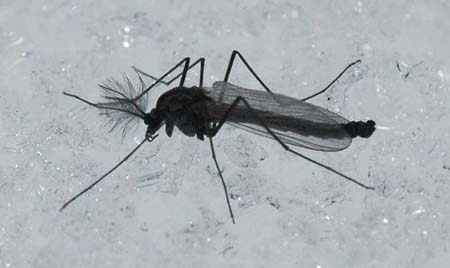 There are at least 11 species of Chironomidae that emerge during the winter (i.e. December, January, February) in Minnesota. The most commonly encountered winter-emerging and winter-active Chironomidae species belong to the genus Diamesa. Diamesa is a cold-adapted, holometabolous insect genus in the family Chironomidae (Diptera). They are found throughout the Holarctic region and a few species have been identified from the Afrotropical region (Hansen & Cook, 1976; Willassen & Cranston, 1986). They are most commonly collected in low temperature environments during the winter, at high altitudes, or high latitudes. Diamesa larvae presumably feed on periphyton (i.e. a biofilm of algae and microbes) growing on rocks, wood, and other substrates in streams. These larvae generally require cool water with high dissolved Oxygen concentrations to grow and develop and are limited to cool habitats. Much of their life is spent growing and developing as larvae, but the duration of the adult for one species, Diamesa mendotae Muttkowski, can be quite long compared to other chironomids with an average of 18 days under laboratory conditions (Ferrington et al., submitted). Upon emerging, males and females seek each other out in swarms on warm days or on the ground when temperatures are below zero Centigrade. After mating, female Diamesa return to the water and lay strings of egg masses consisting of 200-950 eggs on substrates near the water’s surface (Nolte, 1993). 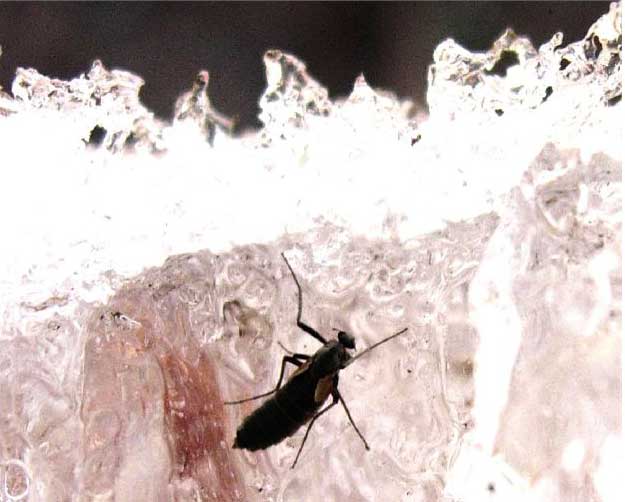 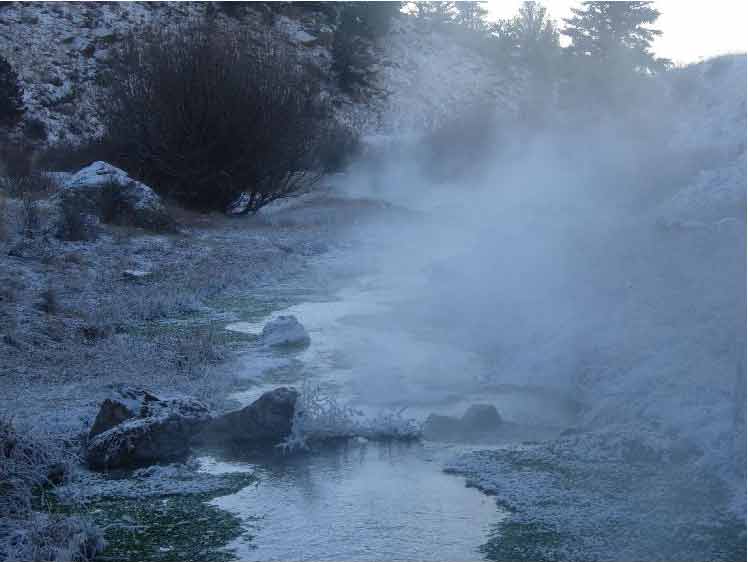 Much of our research on winter-active chironomids has focused on Diamesa mendotae Muttkowski. This species is common and widespread in Minnesota and surrounding states (personal observations). The larvae of D. mendotae are most abundant in ground water dominated (GWD) streams that remain relatively cool in the summer (D. mendotae has been observed emerging through much of the year except summer, but emergence is greatest in late fall, winter, and early spring. Studies by the Chironomidae Research Group and the Department of Entomology, University of Minnesota have determined that adults of D. mendotae are freeze intolerant (Bouchard et al., 2006a), but with a mean supercooling point (SCP) of 21.4°C (Carrillo et al., 2004). In contrast to the adults, the larvae of D. mendotae are freeze tolerant with a mean SCP of (7.4°C) and a lower lethal temperature (LLT50) of 17.4°C (Bouchard et al., 2006b). 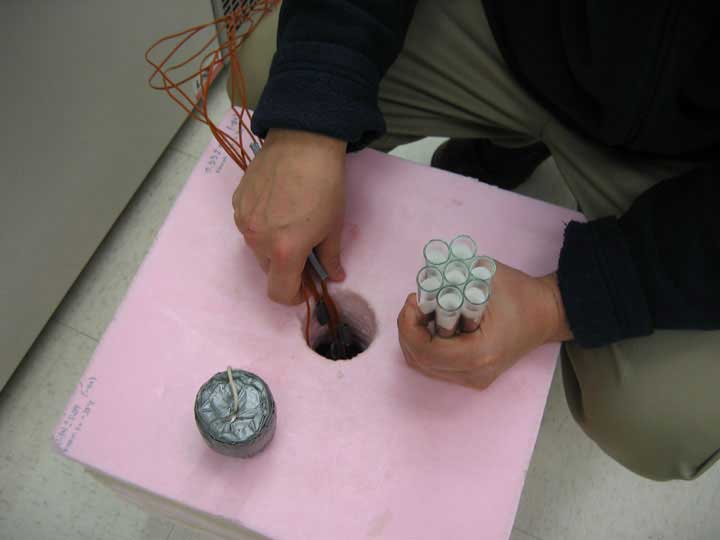 The significance of freeze tolerance in D. mendotae larvae is less well understood. Diamesa mendotae larvae have not been observed diapausing in a frozen state as is common for many other chironomid larvae (see Danks, 1971). Most are collected from or near habitats that are thermally buffered by groundwater, however populations have also been identified in Minnesota from streams that do experience freezing during period in the winter. Therefore, it is possible in these habitats that the larvae can experience freezing, but it is not know if they migrate into the relatively warm hyporheic zone. Several studies have determined that the SCP of chironomid larvae is much higher for specimens in contact with ice (Danks, 1971; Frisbie & Lee, 1997) as a result of ice inoculation. Therefore, freezing risks may also result from the supercooling and production frazil ice during cold periods. 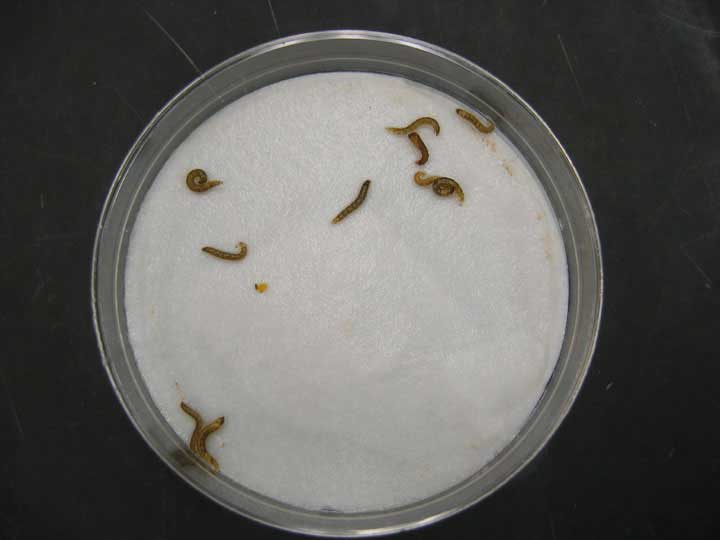 Diamesa larvae and pupae after exposure to subzero temperatures.

Through what we now know of the cold hardiness in the adults and larvae of D. mendotae, complexity of survival at low temperatures is apparent. Research is continuing to determine how individuals shift from one cold-hardiness strategy to another and what physiological mechanisms are used by all stages. Future work will also be expanded into other species of winter-active insects. Research to reveal the survival mechanisms at low temperatures for cold-adapted aquatic insects will be used to determine the influence of temperature on their large-scale geographic distributions and to model and predict the effects of climate change on these organisms. Available literature concerning the effects of global warming on aquatic organisms lacks sufficient information to predict the influence of climate change on aquatic insects; therefore, this research will improve our knowledge of how climate change impacts cold-adapted species in cold-temperate streams. 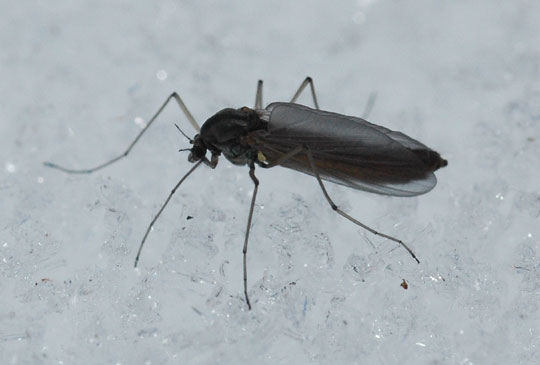 Papers and Presentations Resulting from this Research