Effects of Ditching on Macroinvertebrate Community Structure in Hardwood Creek: A Test of the Intermediate Disturbance Hypothesis 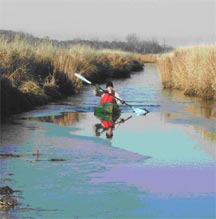 Hardwood Creek near Hugo, Minnesota has a long history of modification by ditching. Most of the stream in the upper part of the watershed flows through boggy peat deposits that have been ditched repeatedly since 1905. Some of these stretches have been re-ditched as recently as winter 2004. Further downstream in the watershed other segments of the stream have not been ditched for 20+ years, or apparently never have been modified by ditching. 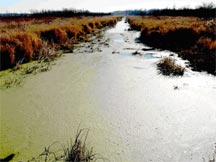 Cross-sectional profiles and habitat characteristics of stream beds are strongly modified by ditching. These modifications have the potential to change the community structure and diversity of aquatic invertebrates that form much of the food chain for small minnows and other forage fish that occur in streams. Without regular maintenance, however, ditched sections of streams begin to revert to more natural cross-sectional profiles and habitats and the invertebrate diversity may recover. In this project we will test a recently developed hypothesis to determine if the biological diversity of aquatic invertebrates can be predicted as a function of ditching activities. 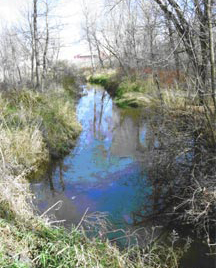 To test the hypothesis we have collected dip net samples of aquatic invertebrates in June and October 2004 from sections of Hardwood Creek that were ditched in winter 2004, not ditched in recent years, and never ditched. We have also taken collections of surface floating pupal exuviae of Chironomidae from these same sites according to the protocol published by Ferrington et al, 1991. Our sample sites include two sites that were ditched in 2004, four sites that have been ditched but not in recent years, and two sites that have never been ditched. 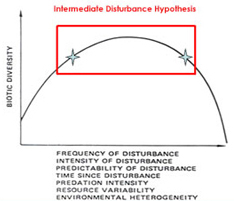 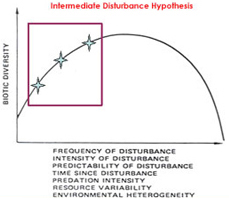 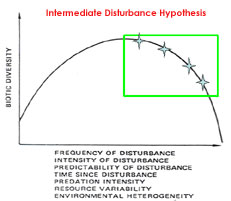